Posted on February 4, 2016 by monstermattpatterson

January 23rd found me driving to Pulp716 in Lockport, NY. I had an in-store event there, and it was my first visit to the store. They opened in 2015 and offer comics, graphic novels, collectibles and coffee or bubble tea. The coffee is unique because it has been researched to achieve an accurate blend for certain years. For example, they have a hickory flavored coffee from the early 1900’s and is very good!
So, on that cold day, with my car loaded up, what could go wrong? A couple of conundrums. I drove a few miles from the crypt before realizing I was missing an illustration for someone meeting me at the store. I high tailed it back and got the painting . I was still plenty early and was ready to rock! I arrived and setup, only to realize I was missing a box of my books!! Arghhhh!! I put pedal to the metal and rushed home! Luckily, I was 15 -20 minutes away, so it wasn’t a huge problem. But, this was a first for me. I’ve never forgotten so obvious an item!

Ok, ok. I picked up the box and made it to finally settle in! There were some Maniacs already waiting for me when I arrived! It was a very nice event and I signed books and artwork.

The Pulp716 store is a delight for all ages and the owners are great to work with! I wish them every success in this new adventure.

And then Toronto beckoned…

A few days later, I had another in-store event at Sellers & Newel, in Toronto, Canada. This was primarily a reading/performance of my humor found in my books, “Ha-Ha! Horror”and “Bride of Ha-Ha! Horror.”

The drive was easier than I expected. I’m so used to heading up there on the weekend or during the summer, so this was a pleasant surprise.

I found the book store with relative ease and had a great round of talks with owner  Peter Sellers. Getting a chance to look around I found it difficult not to drool on all of the great books! I met and purchased from Peter during Horror-Rama in October.
People started trickling in. Rue Morgue’s Tomb Dragomir was the first Maniac to arrive! Tomb has been a great Fiend of mine and we contribute to each other’s projects. He’s appeared on 6FtPlus and I’ve appeared on TombTV.  We did some catching up and it was great to see my bud! ” Hilarious House of Frightenstein’s” Mitch Markowitz (aka Super Hippy) arrived and he regaled Tomb and I with some terrific stories. Horror Writer’s Association’s Sephera Giron and Andrew Sutherland arrived and a bunch of people I hadn’t met, but it was time to start.

I started with a song ( yes, I sing) and dove into a barrage of putrid puns, rancid rhymes and had chuckles, guffaws, boos, hisses and groans thrown at me! It was so great to hear! Not every gag landed, but that’s kind of by design. I had no choice but to embrace the bombing of my act and the moments when I nailed it. I overheard someone compare me to a machine gun, because the jokes just kept coming. We broke the night into two sets. I think the first set was the stronger of the two. Afterward, I signed books and after some more chitchat, I made the trek back home. I really enjoyed my time at the bookstore and wish Peter every success in the future.

I’ve been AXED to return to both stores later in the year, so we’ll keep you up to date on that. 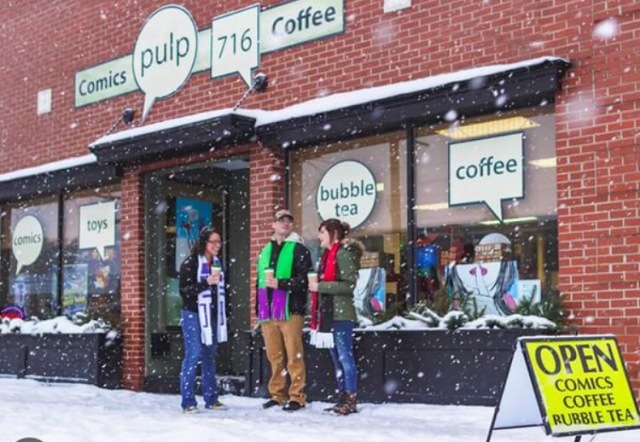 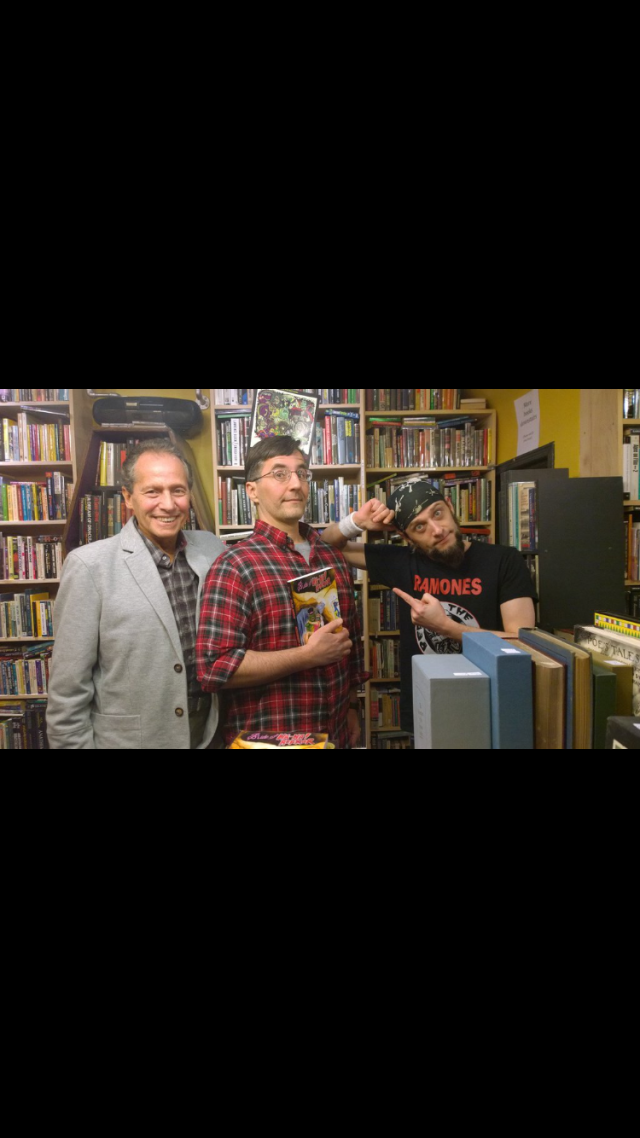